“Is it coffee or a date” sure got some great comments! Way to go!

But it also raised more questions, didn’t it?

I promised you I’d give you my take, and so I will!

But before I do let me tell you: this coffee-or-date situation is often what happens. I hope you can see how easily the wires get crossed, even with something as “simple” as going for coffee with a guy. 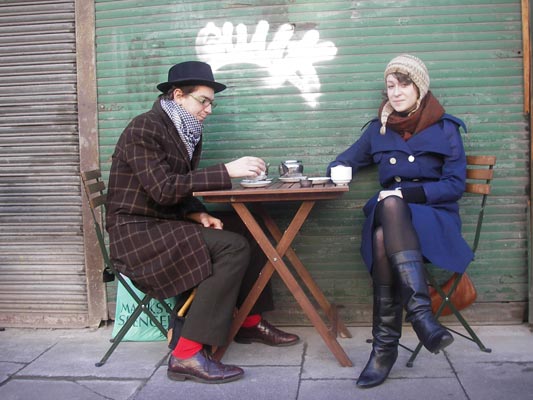 What is a date? A date, in the context we’re talking about here, should be an event or time shared by a guy and a girl who are considering each other as marriage partners (even if they are just checking things out) and are using that time to build a relationship toward that goal.

What is coffee? When two or more people go out to enjoy each other’s company and friendship.

This becomes very difficult when you are a teen girl. There are great guys around you might just want to be friends with and whom you may never consider as marriage material. But until you are married (engaged or even officially dating or courting someone) every guy is a possibility, another fish in the sea!

So how do a guy and a girl indicate that they are going for coffee without any interest in a deeper relationship? If the guy said, “Hey, I’d like to go for coffee but I’m not interested in you AT ALL so don’t worry, this is not a date!” she’d probably not be very happy! Whether we like it or not, girls LOVE compliments and flattery from guys. If he said this, she’d likely be asking herself, “What is wrong with me that he doesn’t like me?” even if she’d never considered him before!

Then again, if a guy asked a girl out for coffee and she said, “Sure, but I just want you to know ahead of time that our friendship can’t turn into anything romantic – so this coffee must stay completely platonic” he’d likely high tail it and run. Especially if all he’d wanted was coffee in the first place!

The best way for guys and girls to get to know each other is in groups. Teens can do this at youth groups, volunteering at church or community programs, with larger groups of friends and even at work. Group activities let you see him in action and whoever ‘he’ is can see you in action as well. When you get to know your future spouse doing things together that you naturally love to do and are attracted to, you will have a great foundation of shared interests.

From there – well, the most satisfying relationships between guys and girls are when the guys take the lead. But if (when) a guy asks you out for coffee you want to be sure… is this him asking me “out” or is this just a friend event?

This is where the formality comes in. But as girls… subtle formality is best!  Instead of saying, ‘Is this Coffee or a Date?’ you might want to say, “Yeah, that sounds like fun! I’m going to ask (name of girlfriend) if she wants to come, too!”

This does several things:

Think about this from a different side of the same fence. If you are unmarried it seems almost “normal” to go out for coffee alone with a guy because that’s what everyone around does. It’s kind of like shopping. You are checking each other out. Even if it is ONLY coffee.

But what about once you are married – does the situation change? Think about your parents or godly married people you know. Would your mom go for “coffee” with a guy alone just because they were friends? Maybe, but only under very specific circumstances and those would likely be very, very rare and hard to find circumstances! 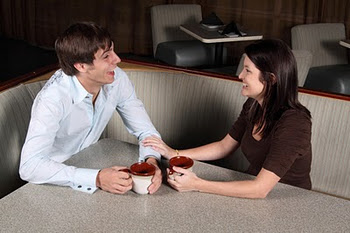 Why does a married woman not go for coffee with a guy, other than her husband and close family? Because it provides an opportunity to see each other in a separate and private, more intimate light. It sets the stage for them to become emotionally entangled.

So, I ask you… if  a married woman, who is not looking for a man, would not go for coffee with a married man (even though he is clearly off-limits) because it is too much like a date, should single girls go out for coffee with single guys unless it is a date? Probably not, and only very carefully if they do.

So what’s my take on this? I think it is a date.

Breanna brought up an important aspect to this that I’d like you to tell me more about.  She said:  “…you can usually take clues from the other person’s behavior. Likely, they’d each suspect that the other liked them…”