Making gravy can be a real daunting task for many. I used to use gravy mixes because it was easier. But I missed the yummy, homemade flavor of “real” gravy. Then I learned how and guess what??? It’s easy!

So I want to share some of those tricks with you. You’ll be able to make gravy forever – from scratch!

Some things to keep in mind: 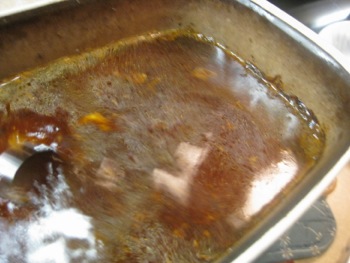 Pour fresh water into your drippings pan until you are ready to make gravy. 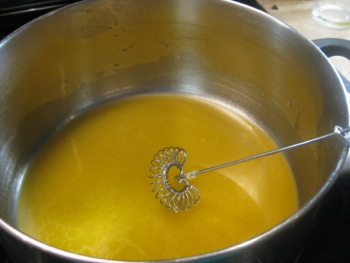 Strain your drippings or melt butter into your large pot. 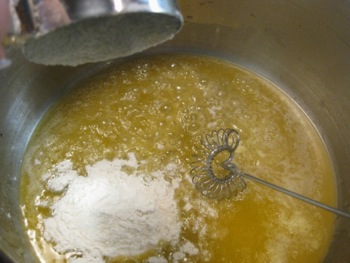 Add flour to the hot drippings. 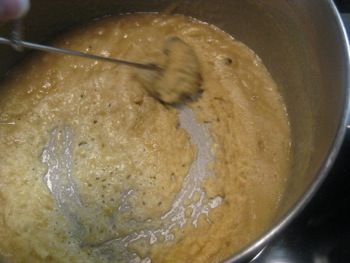 Roux is made when you mix flour with melted fats like drippings, butter or oils. 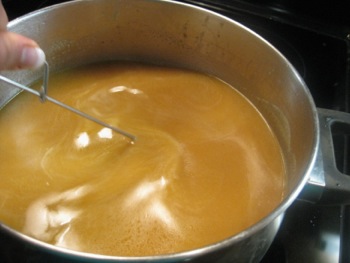 Whisk the gravy continuously until it boils. Thin with water if it gets too thick, but do that with only a little water at a time,

And there you go! That wasn’t so hard was it?

You can use this recipe for any kind of gravy, especially meat gravies.

Want to know how to roast a chicken? Click here.