Too Cold to Bike

Leave a comment January 28, 2012 in Christian Life, Parenting and Personal

I saw him walking toward us on the wrong side of the road. My first thought was, “He’s pretty drunk to be walking that way.” I watched as his stiff legs moved like heavy logs, unevenly paced and not in a straight line. He held his bike up with both arms as he walked along. 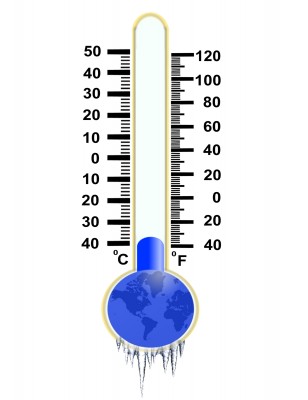 Bike?!?! Then it hit me. Nobody in their right mind should be riding a bike in this weather! Not only was it snowing and blustery with icy roads, but there was -37 degree windchill. It was beyond cold.

About the time this all registered in my brain we were driving past him. His beard, eyes and the hair around his face were all white and obviously frozen. His crazy gait made it look like he was precariously perched on his own feet. I suddenly realized that his legs were probably frozen.

We turned around to offer him and his bike a ride. I had two children in the van with me. As we pulled up I could see in his eyes that he wasn’t sure what the deal was but he was so frozen he’d accept it anyway.

We struggled but managed to get the bike into the van. He sat in the middle seat beside my daughter. I turned to ask him where I should take him.

He tried to tell me. But his face was so frozen he couldn’t move the muscles well at all.

Eventually we saw him safely enter his home and then headed towards ours.

Myanna was beside herself. “Mom, did you see that house? I don’t think it looked warm. Did you see how frozen he was, Mom?”

As we walked in the house she said, “Wow. I’m so grateful to have a beautiful, warm home.”

Walking up the stairs into the kitchen, she saw some zucchini loaf I had on the table. Myanna held it in her hands, “I bet it’s been a long time since that man had a whole zucchini loaf just sitting there waiting for him.”

I mentioned that it might be nice to take him some food. She jumped on that band-wagon right away, offering suggestions and ideas.

Then I asked her to put something in the fridge – an extra large bowl of chicken stock I had made. 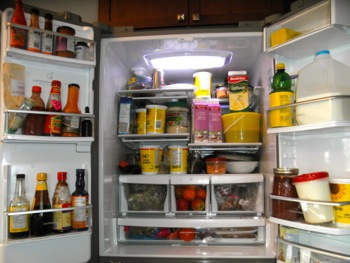 She fumbled around with last night’s leftovers and this morning’s monthly grocery shop and huffed a huge sigh. “I have to take this to the other fridge. Our fridge is full to the brim of food.”

As she turned to face me, using her shoulder to close the fridge door I saw shock register on her face. She took two steps and set the bowl on the table.

“I can’t believe I just said that. Mom, we have a fridge FULL of food. It’s FULL Mom. We are so blessed. Not everyone even has enough, and our fridge is FULL.”

I don’t know the name of the man we drove home. I don’t know if we’ll ever see him again. I’m not sure if there was any eternal benefit from that or not. But I do know this, there is an 11 year old girl whose heart began to see the stark reality of her blessings contrasted with dire need. And that makes this Mama’s heart warm up with thankfulness today.