I was sorely tempted by some yummy cinnamon buns sitting on the kitchen table this week. 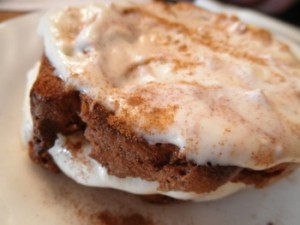 I took a little bite and my daughter jumped up to my rescue and said, “I’ll make you something just as good that’s gluten free. Stop eating that!”

It’s not a cinnamon bun… but it’s yummy and I’d gladly eat this as a replacement any day. So thanks to my daughter Ahria, here’s her fabulous invention. 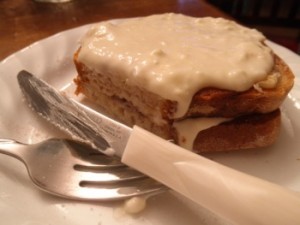 There you go! Eat this with fork and knife and a hot cup of coffee!!