Passover, Exodus and Us

The Easter story is the fulfillment of the Passover from the Old Testament. But it actually doesn’t end at Easter. I’m quite excited about what I saw in the parallels between the Old and New Testaments last week. 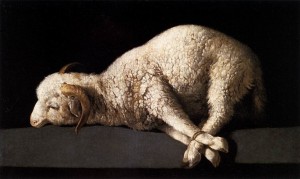 Here are just some of the Passover – Easter parallels.

I find these thrilling and exciting… and that’s only a very few of the many similarities and beauty spots of the story.

But we often end the story of the Passover Lamb right there… at the end of Easter.

The story doesn’t end at Easter

In the OT, after the Angel of Death had passed over the homes covered in blood, the Egyptians gave the Israelites gifts and finally sent them off. They left and were on their way to safety – when they realized the Egyptians were after them!

The Israelites had been saved, but the Egyptians were still nearby… and they were in hot pursuit, determined to kill, enslave and destroy.

Can you imagine? Things must have seemed pretty scary for them, I’m sure, as they saw the Egyptians getting closer and closer.

Then a mix of relief and panic as the waters parted and they scrambled away. But would the Egyptians be able to follow them through to the other side??

God let them pursue much of the way through, with walls of water on both sides. They were in hot pursuit, their target almost within reach.

And then God released the walls of water and the Egyptian soldiers died.

That’s the exciting part of the story. Because that is where we are today.

Jesus came as the Passover Lamb. We celebrated that last week. Those of us who are covered by the Blood of Jesus have had our sins forgiven and we have been promised a rescue. Jesus promises to get us safely to the other side.

But there’s still a lot of water to cross.

If the Egyptians are symbolic of the sin that enslaves us, we shouldn’t be surprised that sin continues to chase after us. It will chase us right to the water… right until the day we die or see Jesus face to face.

But more than that… This chasing of the Egyptians is also like the persecution and ‘chasing’ of believers in today’s world.

Persecution is at an all-time high. The sin in our culture is making Sodom and Gomorrah look like child’s play. And I can’t help feeling some days like I’m not sure those Egyptians in my life won’t catch up.

The story’s not over

We know how the rest of our story is supposed to go, at least in the broadest of terms. We will win and be victorious when we live for him, covered by His blood, empowered by His Spirit, through His rescue.

But like the Israelites running from the Egyptians we must keep running. We keep moving forward, trusting that God will, in the end, release the walls of protection that He’s been holding in place for us. They will come crashing down on all that opposes Him, and those things will be gone for all eternity.

I like that part of the story. It makes my struggle with sin make sense. It makes me understand why as Christians it seems like we’re still running and striving… we haven’t crossed the waters yet.

The Lord is patient to give others more time to be saved. He is giving us more time to put that Blood covering on our hearts. UNLIKE the Israelites, we don’t have just one chance to take advantage of that Blood. But know this… one day those chances will be over, and the Angel of Death will come.

Will you be found covered by His blood? Or will you have waited too long?

Easter may be over for another year… but this is the day to choose to be covered by the Blood of the Passover Lamb – Jesus.