At least that’s how I feel.

My house is a disaster. I feel like a failure so many days. I can’t seem to keep up with my to do list and my writing projects are behind schedule.

I miss my kids who are gone and yet I can’t seem to turn that into quality time with the ones who are still here.

I wonder sometimes, is it all worth it?

A word of encouragement

A wonderful prayer partner emailed me this week when I was having a particularly hard day. She didn’t know it was a hard day, but her email came at a good time.

She wrote about how a particular relationship has been restored because of one of the talks I did at a retreat this last spring.

What a breath of sweet, fresh air.

It’s a fact of life and ministry that we don’t always, or even often, hear the praise reports. We hear plenty of sorrows. Tragic losses. Wayward teens. Struggling homeschoolers. Broken marriages.

And we minister healing, and teaching, and strength, and hope.

I was thinking this week… it’s a lot like a water fountain.

When someone is thirsty and in need of a drink they search out a water fountain. When they find one they take a drink and leave.

I really, really want to melt into the background like that water fountain. But there’s something in my heart that wants confirmation… is this making a difference? Am I still on the right track?

The author is unknown or I’d give credit where credit is due. This story spoke to that whining, tired part of my heart. I hope you feel the blessing of eternity in it as well.

An old missionary couple had been working in Africa for years and were returning to New York to retire. They had no pension, their health was broken, they were defeated, discouraged and afraid. They discovered they were booked on the same ship as President Teddy Roosevelt, who was returning from one of his big-game hunting expeditions.

No one paid attention to them. They watched the fanfare that accompanied the President’s entourage, with passengers trying to catch a glimpse of the great man. As the ship moved across the ocean, the old missionary said to his wife, “Something is wrong. Why should we have given our lives in faithful service for God in Africa all these many years and have no one care a thing about us? Here this man comes back from a hunting trip and everybody makes much over him, but nobody gives two hoots about us.”

“Dear, you shouldn’t feel that way,” his wife said. He said, “I can’t help it; it doesn’t seem right.” When the ship docked in New York, a band was waiting to greet the President. The mayor and other dignitaries were there. The papers were full of the President’s arrival.

No one noticed this missionary couple. They slipped off the ship and found a cheap flat on the East Side, hoping the next day to see what they could do to make a living in the city.

That night the man’s spirit broke. He said to his wife, “I can’t take this; God is not treating us fairly.” His wife replied, “Why don’t you go in the bedroom and tell that to the Lord?” 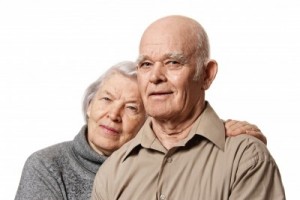 A short time later he came out from the bedroom, but now his face was completely different. His wife asked, “Dear, what happened?”

He said, “The Lord settled it with me. I told Him how bitter I was that the President should receive this tremendous homecoming, when no one met us as we returned home. And when I finished, it seemed as though the Lord put his hand on my shoulder and simply said, ‘But you’re not home yet!'”

So this week I’m reminded… I’m not Home yet! Thankfully!