During the 19 years of our marriage we’ve seen friends, family and loved ones end their marriages.

Divorce doesn’t just hurt the spouses. It hurts the kids. It hurts everyone who loves them.

I think of a particular couple we loved getting together with. I was a great match with her and my husband with him. Our kids got along and our visits were always full of laughter and fun.

Then there are those relatives that used to make family gatherings such a fun place to be. But they are no longer there, because they are not your relative anymore.

I’ve lived in a pretty bad marriage. I wanted to leave. My hope for my marriage was gone.

I can’t say I understand how bad it is for everyone, not even close! But I do know the pain of a lonely, hard, empty marriage and the hope that an affair brought. 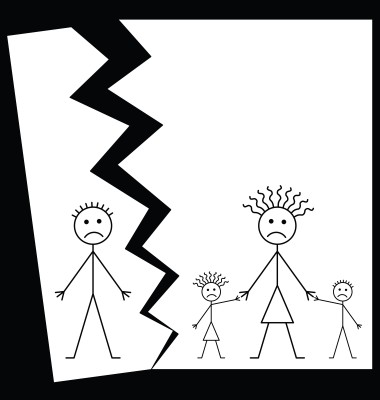 Now, as I look around at loved ones I’ve seen go through divorce I’m acutely aware that God didn’t just save me from a divorce. That’s not the half of it!

He saved my kids, my husband’s brother and sisters, his parents, my family and all our friends from the death of close relationships. He also saved me a lot of pain.

Yes, there was pain in our marriage. A lot of it. But I’ve learned that there is a difference between the two pains.

Pain in a marriage is there to poke you and prod you into action. That pain is saying, “Love your man! Show him respect! Stick with it and make this marriage beautiful! Go to God and let Him transform this marriage!”

Fight For Your Marriage

If you are considering a divorce today, I’d like to encourage you to fight for your marriage. It’s hard. It may feel impossible. But it will be worth it in the end.

Marriages Do Get Better

In other words, getting a divorce probably won’t make things better.

So stick with it and pray that God helps you be part of that two thirds!