One of the most common complaints non-Christians have about Christians is that we judge too much.

To Judge or Not To Judge

Many Christians are way too judgmental when it comes to non-Christians. I honestly believe that, and I’ll show you why in a bit. However, Christians should be judging other Christians.

As a culture we seem to have flipped this around.

We judge the non-Christians and shake our fingers at them, telling them to live like the Bible says to. But then we tolerate people around us who call themselves Christians, and yet continue to commit horrendous sins. With them we sit back and say absolutely nothing. Some of them are even leaders in the church!

Jesus expects Christians to judge other Christians. But judging non-Christians? Not so much.

Here’s how I know that:

When I wrote to you before, I told you not to associate with people who indulge in sexual sin. But I wasn’t talking about unbelievers who indulge in sexual sin, or are greedy, or cheat people, or worship idols. You would have to leave this world to avoid people like that. I meant that you are not to associate with anyone who claims to be a believer yet indulges in sexual sin, or is greedy, or worships idols, or is abusive, or is a drunkard, or cheats people. Don’t even eat with such people.

There is so much to take out of this passage, but I’ll try to keep it short! 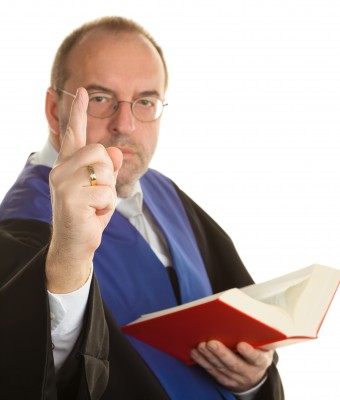 Judging versus Standing For What Is Right

First, I want you to notice the context. We’re talking about personal relationships here. This kind of “judging” is personal and direct, and provides both caring correction for believers and protection for Christ’s body the Church.

Sometimes Christians are accused of “judging” simply because they stand up for what is right and true. And that’s not what I’m talking about here.

No we’re not. We’re telling and teaching the truth. We’re not poking it in a particular person’s face to condemn them.

Except that some do. Sadly, some Christians do like to point their fingers at non-Christians, to condemn them for how badly they are living. And the world is right to tell us we are not supposed to judge them like that! We’re not!!

BUT… we ARE supposed to judge the lives of Christians.

We need to look at the lives of Christians, or people who call themselves Christians, for three reasons.

1. To restore them to the Lord. The Bible says:

My dear brothers and sisters, if someone among you wanders away from the truth and is brought back, you can be sure that whoever brings the sinner back will save that person from death and bring about the forgiveness of many sins. (James 5:19-20, NLT)

That should be our first reason for talking with them. And if they don’t turn back, then we must cut off the relationship. God wants our fellowship and love and relationships within the church community to be so vibrant that when someone is cut-off from the church they will long for that again, and perhaps repent and return. (I may in fact write a whole post on my thoughts about that one!!)

2. To guard the reputation of our God! He is holy. He is righteous. He is the forgiver of sins… not the allower of sins!

When we allow our Christian friends to keep living in sin without dealing with the issue, we are helping them give God a bad name! In this passage Paul seems to be very specific about the kinds of sins that someone should be cut-off for. And they are all public sins, sins that the world around them would see them doing!

This does not mean that the church should allow or condone secret sins or that other, more private sins are OK. By no means! But this does show that God is very, very careful about His reputation! Throughout Scripture the LORD does things specifically ‘So they will know I am the LORD.’ He nearly burned up the Israelites at one point, but Moses convinced Him not to because He’d get a bad reputation if He did… so God changed His mind.

If it is that important to God that He keep His reputation pure and holy and true… then we had better wake up and do our part, even if it means no longer hanging around with those who call themselves by His name and yet deliberately continue to live in sinful ways.

You’ll also notice that Paul doesn’t list every possible sin that man is capable of committing. If that were the case Jesus would have nobody in His Church. So if it’s a disagreement about hairstyle, or the kind of music you listen to, or disobeying your mom… that’s a completely different kind of sin. I’m not suggesting that you need to be on the look-out for every single sin your Christian friends commit. And then… BAM! you’ll nail them. That’s not what this is about at all!

3. To avoid the monkey-see-monkey-do phenomenon. I know… pretty mature, right? But it’s true.

When it’s okay for one person to sin in the church, why isn’t it okay for everyone? We are a crazy group of people, us humans. We always want to know what we can get away with and we’ll often try to change as little as possible. So if I think I can get away with doing less work, or sinning just a little more, I might just jump at the chance.

We see it all around us. You’ve probably said it too…”But, Mom, everyone is doing it!” And that’s the problem. When it becomes okay for one person to do it, there’s obviously no reason it’s not okay for everyone to do it.

Jesus said it this way:

Don’t you realize that this sin is like a little yeast that spreads through the whole batch of dough? Get rid of the old “yeast” by removing this wicked person from among you. Then you will be like a fresh batch of dough made without yeast, which is what you really are. (1 Cor. 5:6-7)

Sin spreads. It grows and before you know it we have a church full of people committing the same sins the people outside the church are committing!

Oh yeah… Oops!! That’s exactly what we have!

The divorce rate is the same, the pornography issue is the same, the affair rates are the same, we have incest and drunkenness, we have gamblers and thieves, addicts and tax evaders! But have you noticed that nobody wants to talk to their Christian friends about their sins? Instead of following the instructions of Scripture we having fallen for the lie of the culture that says, “Real Christians love everyone and judge no one.”

In a world that seems to be going crazy, we need to be standing up for what is right and true and holy. That includes how and whom we judge.

I want to challenge you to consider these words carefully this week as you encounter both non-Christians and Christians.

And I challenge you to humbly consider the judgments that come from other believers. Instead of telling them not to judge you, take what they’ve said and ask the Lord what part may be true and needed in order to bring you into a deeper relationship with Him.