Why Give Thanks – Or How to Become a Homosexual

About 26 years ago a youth pastor in our town spoke at an event in October. Here in Canada Thanksgiving is the second Monday of October, and the talk was supposed to be a Thanksgiving talk. So when I heard the title of his talk I was appalled!

His title was “How to Become a Homosexual”.

How to Become a What?

Twenty-six years ago we hardly ever said the “H” word out loud, much less gave lessons on how to become one. Especially not at a Christian youth event led by a Youth Pastor!

I was glad we hit a record number of attendants that night. But I was kind of horrified that so many people wanted to hear more about how to become a homosexual!!

The pastor spoke from Romans chapter 1.

Paul explains how God gave the world, and all His creation, as evidence about Himself. Therefore mankind is without excuse when it comes to knowing about Him.

They know the truth about God because he has made it obvious to them. For ever since the world was created, people have seen the earth and sky. Through everything God made, they can clearly see his invisible qualities—his eternal power and divine nature. So they have no excuse for not knowing God. (Romans 1:19-20, NLT)

But people have a choice in how they respond to God. And depending on that choice, they can become caught in a downward spiral of sin and confused thinking, with their hearts becoming more and more hard towards God along the way.

And yes, Paul explains in detail how this can lead to homosexuality.

Yes, they knew God, but they wouldn’t worship him as God or even give him thanks. And they began to think up foolish ideas of what God was like. As a result, their minds became dark and confused. Claiming to be wise, they instead became utter fools. And instead of worshiping the glorious, ever-living God, they worshiped idols made to look like mere people and birds and animals and reptiles.

So God abandoned them to do whatever shameful things their hearts desired. As a result, they did vile and degrading things with each other’s bodies. They traded the truth about God for a lie. So they worshiped and served the things God created instead of the Creator himself, who is worthy of eternal praise! Amen. That is why God abandoned them to their shameful desires. Even the women turned against the natural way to have sex and instead indulged in sex with each other. And the men, instead of having normal sexual relations with women, burned with lust for each other. Men did shameful things with other men, and as a result of this sin, they suffered within themselves the penalty they deserved. (Romans 1:21-27, NLT)

There you have it. How to become a homosexual, straight from the Bible.

Of course, homosexuality is just one example of where people caught in this kind of spiral can end up. Paul goes on to describe more:

Since they thought it foolish to acknowledge God, he abandoned them to their foolish thinking and let them do things that should never be done. Their lives became full of every kind of wickedness, sin, greed, hate, envy, murder, quarreling, deception, malicious behavior, and gossip. They are backstabbers, haters of God, insolent, proud, and boastful. They invent new ways of sinning, and they disobey their parents. They refuse to understand, break their promises, are heartless, and have no mercy. They know God’s justice requires that those who do these things deserve to die, yet they do them anyway. Worse yet, they encourage others to do them, too. (Romans 1:28-32, NLT)

How is this about Thanksgiving?

Based on these passages of Scripture, it’s pretty obvious why the Youth Pastor entitled the talk “How to Become a Homosexual”.

It wasn’t immediately obvious why he thought this would make a great Thanksgiving talk… until he focused in on verse 21.

Yes, they knew God, but they wouldn’t worship him as God or even give him thanks. And they began to think up foolish ideas of what God was like. As a result, their minds became dark and confused. (Romans 1:21, NLT)

The whole spiral of sin and trouble starts right here… “they wouldn’t worship him as God or even give him thanks”.

They hadn’t given God their thanks. 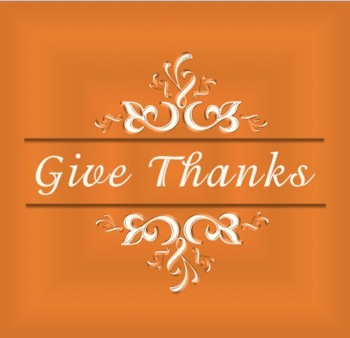 Unthankfulness is the beginning of a process that spirals us into a lifestyle of sin. Not just homosexuality. All sin becomes a much greater possibility and likelihood when we become ungrateful.

How is Your Thankfulness?

This weekend Canadians are celebrating Thanksgiving. In just a few weeks our American neighbors will celebrate as well.

So many times we gather with family, sit down to our turkey dinners, eat till we’re full, pray a longer grace at the meal… and that’s it.

But are our hearts truly thankful?

Thanksgiving is not just Turkey Day. It’s an opportunity to evaluate our hearts and ask ourselves a few hard questions.

Truly thankful people are soft-hearted toward God. They forgive more quickly. They obey God with more complete faith. They grow more in maturity, in love and in their relationship with God.

Isn’t that what you want?

This Thanksgiving spend some time asking God to reveal how you need to become more thankful toward him. Ask God to give you a spirit of gratitude.

If your family situation allows, or even privately, consider starting a Thankful Journal. Each day write a few things you can be thankful for. Don’t forget to practice being thankful for the things that seem hard. That may sound impossible, but it’s not.