When I was growing up my mom folded panties in half and in half again. Then she’d lay them oh, so gently, in the drawer.

You know what happens about 2 days later? They are all a mess in there because they don’t stay folded!!

When I had roommates in college and then later before I was married, I found out that a lot of people don’t bother folding underwear at all. My problem was that I didn’t like to reach into a drawer with unfolded laundry because it looked like it had been worn even if it was clean.

So I used to fold undies like my Mom still does. And I hated folding undies.

Then… in 2003 we moved to Canada. But on the way we stopped to visit a family in Sioux Falls, South Dakota. She happened to be folding laundry one evening and I offered to help.

All her underwear was perfectly, tightly, evenly folded.

I watched for a while and learned how to do it. I’ve been doing it that way ever since.

Playing Football With Your Underwear

If you have read my book you’ll know what I say about teaching kids to fold laundry… Every kid, especially boys, will fight to fold the underwear load if you turn it into a football game!

If you fold underwear “correctly” into a football, you should be able to give it a hard toss across the room and it will stay folded! No more messy underwear drawers!!

I’d sit on the floor on one side of the room, usually doing some kind of work, and the kids would fold undies on the other side. They’d fold it and toss it. If the undies came apart they didn’t get a point and they had to do it again. But if they got it first try and it got to my side of the room intact… they got a point! The one who got the most points win.

You can even mix a few sports and add basketball to the game!! Instead of just throwing the “footballs” to you, set up your laundry basket in a strategic spot (maybe on the other side of the room, maybe on a table, maybe behind the couch) and see who can toss the “Football” into the “Basket”.

It’s a lot of fun watching kids fight to fold as much underwear as possible as fast as possible and to do it “perfectly”!

So… for those of you who need to sit on the couch while your children fold socks and underwear (this is possible with kids from age 3-4) and toss them to you for points… this is for you!

And for the rest of you who are just looking for a good way to keep the underwear neatly folded… this is for you too! 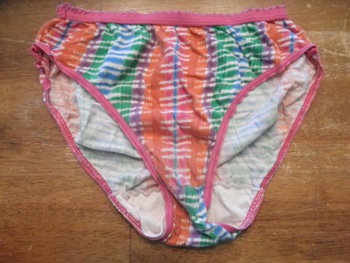 Hold the panties front facing away from you, or laying down front side up on the table. 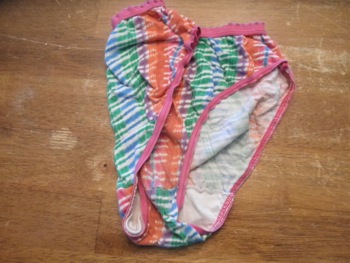 Fold one side into the center 1/3 of the way across the waistband. 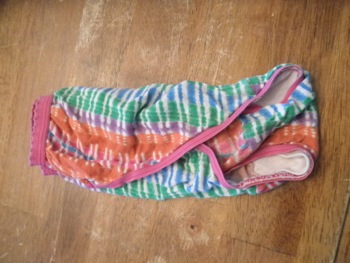 Fold the other third in so that it is lying on top of the first third. 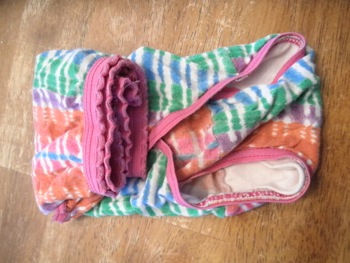 Fold the top third down toward the crotch part of the underwear. 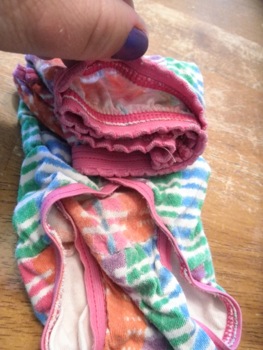 Lift up the top (which is really the middle of the back of the waistband) one layer of underwear.

Fold up the bottom crotch part into the pocket formed when you held up the waistband. 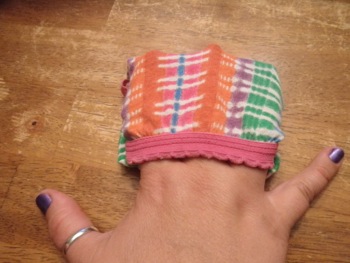 Slide your fingers in to make it lie flat. 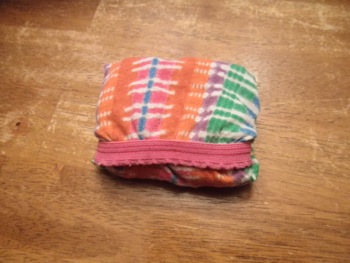 Done! A tight, neat, package of underwear we call a "football" at our house. It's ready to toss and I guarantee it won't come apart!

In this 60 second video I’ll show you how to fold underwear into a tight football, using both small panties and men’s boxers.